The big Bulgarian TV networks put the same emphasis upon the visit of president Rumen Radev in Bucharest – that “airplanes are not sausages”. The coloured expression was one of a few strongly ironic messages of the general, directed at the rising number of his public critics in Sofia, who accuse him of exercising ill-intended influence in such a way that Bulgaria buys fighters “Gripen”, instead of F-16.

It is well understood that there is a pressure for news on the scandal, including when it comes from an international visit in Bucharest. But the mediatic covering of Radev’s visit focused too much upon the quarrel and upon the agenda as seen from Sofia. It missed a few other developments, that were not so spicy as sausages.

First, apparently, the Bulgarian foreign policy is experiencing an unseen activity in the last years. The prime minister Borisov has recently made visits in Ankara, Brussels and Berlin, while he hosted in Sofia his Macedonian peer Zoran Zaev. In his turn, the president Radev was a guest in Athens, and was on 28-29 June in Bucharest. With or without important news from these meetings, they show that Bulgaria looks like it can’t afford anymore to keep its foreign policy in a state of atemporality.

Secondly, Greece and Romania are the only neighbours of our country that are members of the EU. At the same time they are states with which Bulgaria develops strong economic relations. At the end of 2016 in Bulgaria have been registered 14 000 Greek firms. Even if a large part of them doesn’t have real activity, the overall Greek capital is among the large employers in our country. The trade turnover with Greece in 2016 has  amounted to 3 billion euro. In the last year Bulgaria has been visited by 1 100 000 Greeks, while 1 200 000 Bulgarians have gone in the southern neighbor for a vacation.

The Romanian-Bulgarian economic relations also show positive dynamics. In 2016 the trade turnover almost reached 4 billion euro. Almost 1 100 000 Romanian tourists have visited Bulgaria, while the Bulgarian tourists to Romania reach 400 000. The Bulgarian firms that have been registered in Romania are almost 2 300 with overall capital of 154 million euro in May 2017.

These statistical data unveil important details about the context in which Radev made his Balkan visits. It became clear that he has discussed at both places the mutual gas connectivity, the accession to the Schengen space, the protection of the EU’s external frontiers in the conditions of migrants’ pressure.

In Athens the Bulgarian president underlined that it is important for the interconnector with Greece to be completed in time – until the end of 2019, and to be opened new border crossing points along Bulgaria’s southern border.

Radev had similar message in Bucharest. The president reminded that Romania has to build a compressor station, which would let her export natural gas to Bulgaria. In this moment the gas pipeline Rousse – Giurgiu is one-directional and can only export natural gas to the north of the Danube. The general also announced that the opening of new border crossing points, new ferryboat connections and new bridges has been discussed. Similar topics were discussed during Bulgaria’s foreign minister Ekaterina Zaharieva visit in Bucharest in the beginning of June. However, there are no concrete accords for the creation of new connections, such as the second bridge at Rousse – Giurgiu.

During the Bulgarian head of state’s visits to Greece and Romania there were no concrete agreements, but the visits play their diplomatic role, as they allow for a new politician such as Radev to get to know his colleagues from abroad and to learn firsthand which are the difficult topics and what are the possibilities for a breakthrough in the bilateral relations.

The Romanian-Bulgarian meetings traditionally confirm the constructive spirit and the ascending direction of the bilateral relations. A point of contention is Romania’s desire for the communities in Bulgaria which use language close to the Romanian one to have an easier access to Romanian-language education. After Iohannis underlined this desire at the press conference, Radev diplomatically answered that all citizens are equal before the law in Bulgaria and that the Bulgarian state makes everything possible to protect anybody’s rights.

In other directions the dialogue between the two heads of state was much more productive. During his preelection presidential campaign Radev declared he supports the Romanian fight against corruption. Logically, on the election day he was recognized and voted for by voters with right convictions as well. On 28 June in Bucharest the president confirmed his opinion that the Romanian fight against corruption “has proven its efficacy”.

In Bulgaria Romanian successes in this direction are often used as a flag for calls for personal changes in the judicial system. The characteristical traits and the organization of this system at the northern neighbours are however rarely discussed. Most likely, they are understood by very few people. In this case Radev has congratulated the anticorruption activity on the other side of the Danube, as he pointed out the successes in high-level politicians’ condemnation and in the confiscation of property through decisions of the court. However, he added that there are peculiarities in any country. E.g. the Romanian judicial system is different from the Bulgarian one and that is why “we can’t copy”. The principles of the Romanian fight against corruption however can be used, and in the words of Radev he’s got “the support of Iohannis” and the two heads of state are going to exchange experience in this direction in the future.

There is an established tradition, dating back to the Ceaușescu’s times that Bulgaria is being connected with Russia in Romanians’ mind. When Radev was elected as Bulgarian president on the same date with its Moldavian counterpart Igor Dodon, Romanian media were flooded with maps that showed our northern neighbor surrounded by countries in red – symbol of the Russian influence. Asked by a journalist from Antena 3 TV (media usually close to the social democrats) how does he see Russia, Radev responded that he fights for diversification of natural gas’ routes and sources, so that Bulgarians could have more freedom in their decision making processes and lower prices. At the same time the head of state quoted a thought of NATO’s secretary general Jens Stoltenberg according to which “the lines of communication with Russia should be opened”, so that “tensions are reduced” and “the eventual risks lower”.  In his turn, Iohannis assured for a successive time in the last year since the missile shield at Deveselu was activated in 2016, that the installation has only protective purpose, and that NATO is a defense alliance, which has no intention to attack Russia.

Both in Greece and in Romania Radev met representatives of the Bulgarian community. In Romania he expressed the eagerness of the state to help the Bulgarians in Bucharest to have once again a church, after the church “St. Ilia” was taken away from them in 2009. Romanian Bulgarians have asked for state help, so that the offices of the brothers Hristo and Evlogi Georgievi – at this moment in a dire condition and in control of the Romanian state, to become a museum of the Bulgarian Revival in Bucharest and of the friendly Bulgarian-Romanian ties.

Both Balkan visits of the Bulgarian president resemble one another at least in one more way. They are a sign for a greater regional activity of Bulgaria together with the respective partner – Greece or Romania. During Radev’s visit in Greece a part of the discussions was connected with the future of the Western Balkans, including Macedonia. In their turn, Romania and Bulgaria are two key member states of the EU in the Black Sea region. While the prime minister Boyko Borisov launched the idea of euro accession for Sofia, after “different speeds” started emerging officially in Europe, it looks like Radev chooses an alternative answer to the European changes, with Bulgaria giving added value to the EU in the two regions where it “has weight”.

The personality of the politician Rumen Radev could be interesting for the journalists, but not with his strong irony and colourful expressions. Five months past his inauguration, he continues to remain both an Euroatlanticist, and a supporter of the “open door” to Russia. He supports the Romanian fight with corruption, he is ready to get to know its peculiarities, but at the same time doesn’t want to copy blind the foreign experience. In the times of his preelection campaign he might have sounded like a supporter of the walls against migrants, but today he lobbies for bridges, border crossing points and ferryboat connections with the European neighbours.

There is something more, which has remained unnoticed by many of the media that have reported on Radev’s visits. The Bulgarian economy and business are more and more connected with Greece and Romania. Whether a trade turnover of 7 billion euro with these countries in 2016 doesn’t suggest the existence of a lot of news about the ever closer Romanian-Bulgaria and Greek-Bulgarian communication, news that remain unwritten?

Victoria Stoiciu: Poverty is not on the public age...
Teodor Meleşcanu: Romania supports strongly the Bl...
Ştefan Guga: Romanian economic growth doesn’t brin...
Why Dragnea got resented?
Lorand Szakacs: The group „Right to the City” figh...
Macron in Bucharest: Let’s abolish social dumping,...
The Romanian fight against corruption as Game of T...
The Romanian attempt for abolition of the flat tax... 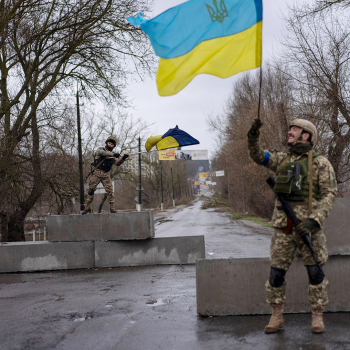 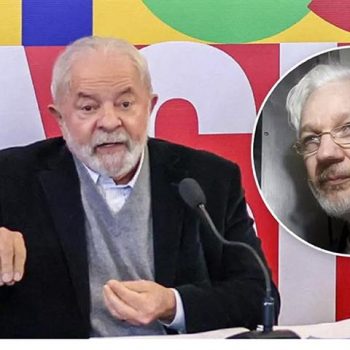 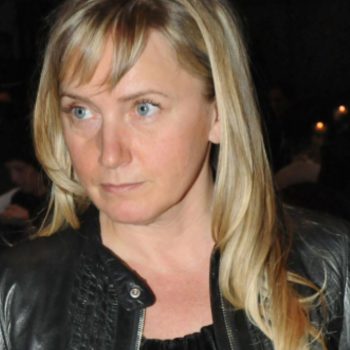 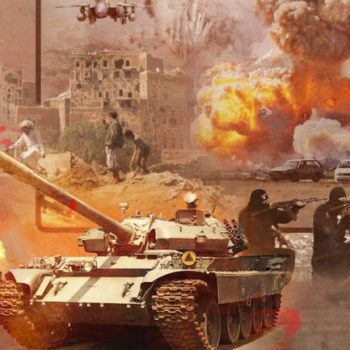 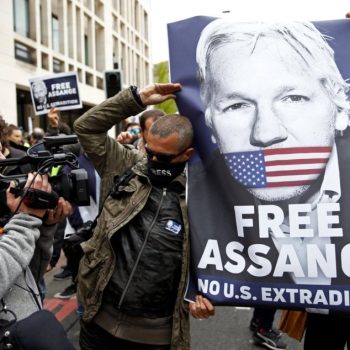 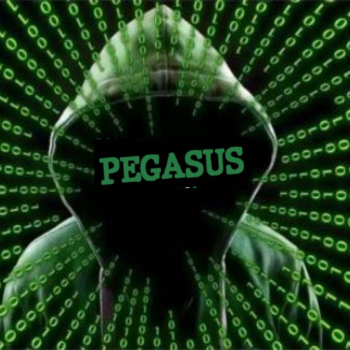