The Polish political deadlock continues. Obviously the pat situation cannot last long, but the unfortunate aspect is that there seems to be no good way out. That is, no good way out for the people; otherwise, one of the wings of the local elite shall finally prevail.

It seems that the trap the new government fell into already at the very beginning of its mandate is really much tougher than anyone has really thought. The ruling Law & Justice with their aggravation, affection and political adventurism seem not to understand that by letting themselves get carried away, which they obviously do, are actually playing according to the scenarios prepared for them to finally fall and be ousted for good.

One does not need to be a particular fan of the Polish fundamentalist right, to note that this is an interesting and critical momentum in Polish politics. Not at all in terms of compassion for Kaczyński and his party, but because we are witnessing an Investiture Contest the result of which will play a huge role in the ongoing geopolitical reshaping of Europe and particularly Eastern Europe. The aim of the great capitalist powers is obvious – first we take Russia and later on China. This objectives can hardly be reached without the complete collaboration form the side of the Polish ruling class.

The Law & Justice party has never been liked by anyone except from a significant sector of the popular masses in Poland. But even there the support grew very slowly as this party never led any movement. It hardly could have been perceived as a meaningful alternative, but for the lack of any other political structure that would be in any respect different to the massive rock of corruption, bigotry, provincialism and rampant clientelism it started attracting moderate attention.

Their fanatical Catholicism got soon covered up by obsessive Russophobic lamenting for which the Smolensk disaster of 2010 provided a fantastically suitable platform. Later on, as their predecessors of the Civic Platform, which for two mandates transformed itself into a part of the state’s administrative apparatus, were torn by numerous scandals and affairs Law & Jusitce’s leverage became their most emblematic postulate, that is to smash the III Polish Republic (this is what Poland after 1989 is popularly called) and build a VI one. The one of law, justice and all kinds of noble moral principles.

From this somewhat veiled critique of the Polish transition they developed a peculiar desire to rule which for their leaders meant no more and no less, but a total wipe out of the former establishment and taking its seats + some more conservatism. However, in the public debate this came across as an important message that they want to rule and are prepared to be held responsible for these intentions once they are given a chance.

This however was still not enough to link to the mass consciousness and this is when they decided to brake yet another of the consensuses blocking the elite together. After breaking the complete silence regarding the negative effects of the restoration of capitalism in Poland they offered the impoverished masses the idea of building a system of social state assistance. And after they won the elections – the elites here and their allies decided it is too much.

The biggest problem that Law & Justice face now is that the interests of their enemies at home have been nicely subordinated to the ones of the EU and eventually Washington.

In such a confrontation the Law & Justice has very little chance. Especially, that it demonstrates nearly every day that its leaders are not prepared for it and that it surpasses them. The reactions of the government are empty and neurotic. They seem not to notice that this is exactly what is expected of them – the more hysteria, the more aggression, the better.

Such a tense and difficult situation calls for serious political leadership, whereas the one of Law & Justice is a bunch power hungry bureaucrats who really think everyone should step down now; if not because of the general elections’ result, then because they say so. In this sense, it does not vary so much one compared with the one of Civic Platform. However, there are a few subtle differences and it is because of them that the United States joined that euro-hysteria and is now openly backing the attempts to bring Law & Justice down.

In order to understand the process another element has to be brought into the picture. Law & Justice is often viewed, totally falsely, as the Polish equivalent of Viktor Orban and Robert Fico (leaving aside major differences between the two). The fig leaf for this comparison is the general problem the two and the Polish government have with the EU leaders. Unfortunatly, no matter if one supports the Slovak or the Hungarian PMs, what has to be stated, is that they are much more autonomous, independent and are consciously anti-euro-atlantic, at least to an extent. Kaczyński and Szydło are not in the slightest.

They were born in the very same nest where the ones they are now combating in Poland and US’ umbrella covered them proportionally. The entire so called anti-communist opposition, after the first genuine Solidarity movement had been destroyed, was developed and constructed with the assistance not only of the official state structures and secret service institutions, but also with the substantial support and care from the side of the United States.

Thus their political culture, in terms of goals, ideas and morality has always been radically and honestly pro-American. The US, to this day, is popularly viewed in Poland as the land of prosperity and not a developing country, which in fact it is if we look at the statistics. The Polish politicians function in a semi-religious paradigm of absolute gratitude they profoundly feel they owe to Washington.

From this flows their conviction once nicely formulated by Madeline Albright – ‘the United States is good!’. Combined with the complete lack of sovereignty tradition and short history of modern statehood the Polish elites have no instincts or intuition to seek for independence or autonomy. Which, by the way, is yet another striking difference to the Hungarian or Slovak political leaders (at least to some of them).

Once the power fell into their hands, both sides of the barricade in the `90, the so called postcommunists and the so called postsolidaritists immediately proceeded to hand it over to the new metropolis. Washington appeared to be the only natural choice. On one hand being brought up by the US and on the other having no tradition of self-determination and holding political responsibility the Polish elite developed, alongside the above mentioned gratitude, also a pattern of full obedience in terms of international politics thinking (most of them honestly convinced that they are being right in their naivety) that what can guarantee safety and progress is the ostentatious hanging at the door handle to White House’s main portal.

Law & Justice are no exception in this respect. They even thought it will all be easier for them than for their predecessors because they are much more fervent and pure in their pro-American stance. Also, they developed sincere Russophobia and created a sort of new popular culture around it via the Smolensk disaster. Also, they were the ones to most uncritically support the Maidan in Ukraine, giving up everything in their desire Russia to get it from them.

Anyhow, they failed to win the love of the United States. The reason for this failure is the very fact that they wanted their stance to pass as a factual choice and not a continuation of the clientelist tradition. Their desire to rule independently and to clear Poland of the Ancien Régime, became problematic immediately. Not because it would really change anything in terms of the geopolitical subordination of Poland to the US, but because Washington has long ago decided that it will not have partners in Poland, but simply executioners.

They do not want another burden on their heads, they want things to happen smoothly and right away, upon a move of their lips. Like in the case of secret CIA detention and torture facilities in Stare Kiejkuty, they might, in the end throw a tip. Until today we do not know who received the 15 m. USD for this little service Poland provided and how was this money spent. Nobody asks the question anymore.

With Law & Justice things might have gone exactly the same than and so would it be in the future, but the fact that it would have to be an offer, which consecutively would have to be met with an official agreement and the US would be, despite the fact that only on the formal level, a partner striking a deal is too much. Not in Poland.

This is why the hue and cry over the allegedly ‘poor state of democracy’ in this country have, in the last months, spread over the ocean and the American administration will surely use the opportunity. The Polish establishment has already put forward two new figures forward, in order for the imperialists not to have to support Law & Justice’s predecessors too openly. The new rising stars of the old model of Polish politics are Ryszard Petru and Mateusz Kijowski, the former being an international banksterism and usury speaker in Poland and typical for Eastern Europe pro-enterpreneurist playboy while the latter an accidental rabbit out of a hat put on on the saddle to be the Lech Wałęsa of our era, with exactly all the features of his archetype – obviously underdeveloped brain combined with cognitive disorders and complete obedience to those pulling the strings; only his manners are better.

They both held recently their new festival. On the 7th of May a huge demonstration marched through the Polish capital. Despite the massiveness – it was a complete disaster. Leaving aside the general unleavened atmosphere one could barely see any other content than utmost hypocrisy and breathtaking fanaticism absolutely no different to the one of Law & Justice.

Also, the proportions tell one a lot. The Democracy Defense Committee was just an attachment to the banners of Civic Platform and the new Modern Party headed by the already mentioned Ryszard Petru. Even the main speakers, getting carried away, many times have simply forgotten to mention the Committee while welcoming the participating organizations. Apart from a handful of intelligent faces and meaningful slogans, Warsaw witnessed a wave of cheap and aggressive language mixed with infantile taunts listening to which brought the most profound second-hand embarrassment.

The most pathetic element, passed unnoticed almost totally, was the fact that on the day the population of the largest European city voted a Muslim person in as a mayor the largest demonstration ‘in history of democratic Poland’ that was supposed to manifest a great attachment to Europe and European values, the most repeated slogan was ‘Down with PiSlam’ (PiS, is the Polish acronym for Law & Justice).

Do not get aggravated or facepalmed. Poland has been like this for at least two decades now.

What will come next is difficult to say, but surely a certain balance will be kept until the Pope Francis’ arrival in the summer and the International Youth Days in Kraków. Later on, when the politicians are back from their vacations, new ideas will surely be immediately implemented. Or maybe old ideas, regime change is not a new thing for the US, is it? 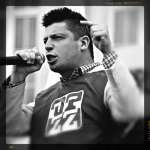 Victoria Stoiciu: Poverty is not on the public age...
How the Romanian government fell hours after the B...
Teodor Meleşcanu: Romania supports strongly the Bl...
Iranian protests demand that the power in Tehran t...
What is not said in Bulgaria about ”the Romanian e...
Ştefan Guga: Romanian economic growth doesn’t brin...
Laura Fatini: We fight against social disadvantage...
Why Dragnea got resented? 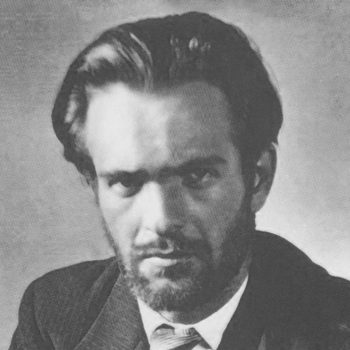 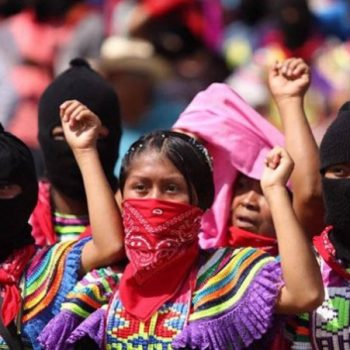 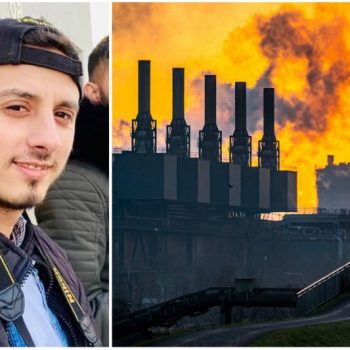 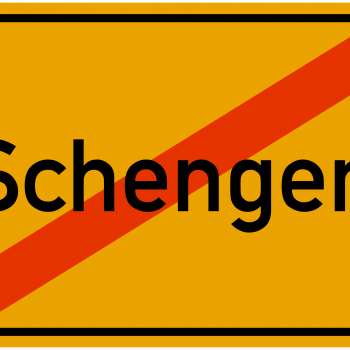 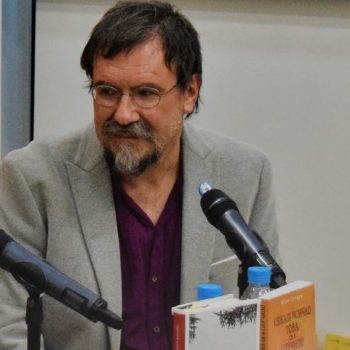 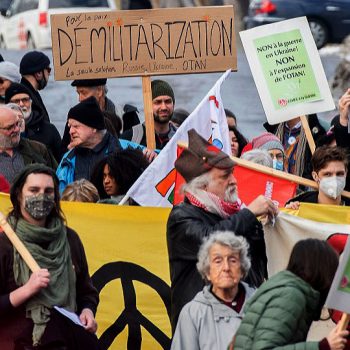